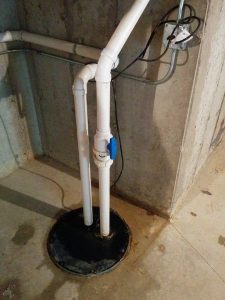 One of the most obvious signs that there is a problem with your backup system is that it doesn’t come on when the primary sump pump is off. Testing your system periodically will help you identify this problem. It is a good idea to contact a professional. Have them inspect the system to diagnose the problem. If your pump cannot be saved, you will need to replace it. 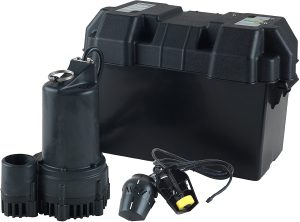 Your backup system should be just that, a backup system. It shouldn’t be running all the time. It also shouldn’t be running when the primary system is running. This problem is often a sign of an issue with the switch. It often occurs when the pump shifts in the basin. However, it could also be a sign that something is wrong with the pump. It’s a good idea to have the whole system checked to determine whether you need to buy a new pump or not.

If you notice that your pump is vibrating excessively it may be due for a change. Vibrating excessively is often a sign of damage to the impellers as a result of the pump sucking in dirt or gravel. A technician can tell you what the problem is and whether the damage can be repaired. If not, you will need to replace your pump.

Battery backup systems are designed to last. However, they can’t last forever. When your system is at the end of its life, you should consider purchasing a new one to prevent flooding.

Is your battery backup system showing signs that it is due for replacement? Use the tips above to find out.