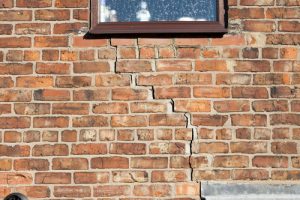 Are you trying to find permanent basement waterproofing in Illinois for your home or building? Specializing in waterproofing and foundation repair, Everdry Illinois offers the best solutions for your unique situation at a competitive quote. We are so confident in our work in the Chicago area that we will even give you a Lifetime Guarantee on most of our services! Contact Everdry Illinois when you think your foundation might have issues and we will send a professional to analyze your specific situation and create a tailored strategy. Everdry Illinois is an expert basement waterproofing, foundation repair and crawl space waterproofing company that can help you with basement leaks and flooding with our waterproofing services. We pay closer attention to the small details you can see up close. We’ve seen tiled floors installed that look pretty good at first glance, but upon closer inspection, many tiles are clearly cut uneven and are out of proportion. We have a ‘Job Walk’ at the beginning of every project, and a ‘Final Walk Through’ at the end of every project. It is important to us that quality control be a part of every remodeling project from start to finish. Your Project Manager will also be regularly inspecting your project as it moves towards completion to make sure nothing is overlooked. Oversight is all-important! With Everdry Waterproofing Illinois , every aspect of your project looks good at first glance AND up close.

A glimpse into Wheaton’s history begins with its founders: Erastus Gary, Jesse Wheaton, and Warren Wheaton. The trio traveled west from New England and claimed hundreds of acres of land in northeastern Illinois in 1837 and 1838. There, they began to lay important cornerstones for what would become the City of Wheaton. In a strategic move, they offered the budding railroad several miles of free right-of-way through the growing area. Rail workers posted a sign, “Wheaton Depot,” giving the community its name. The founders gave away land surrounding the station to those who were willing to build immediately. The region began to prosper, and Wheaton incorporated as a village in 1859 with Warren Wheaton serving as its first president. He donated a parcel of land to the Illinois Institute, which was renamed Wheaton College in his honor. The historic campus of this nationally accredited college remains an important community fixture nearly 150 years later. In 1867, the Wheaton brothers led a successful campaign to move the DuPage County government seat from Naperville to Wheaton. A referendum vote approved the move by a narrow margin of 1,686 to 1,635. In present-day Wheaton, the complex on the west side of town acts as the central hub for DuPage County government. Many landmarks from Wheaton’s past still exist today as reminders of its distinctive history and culture. Wheaton’s roots can be seen in the presence of the railroad, former county courthouse and Wheaton College, which remain integral parts of the community. As of the census of 2000, there were 55,416 people, 19,377 households and 13,718 families residing in the city. The population density was 4,938.5 people per square mile (1,907/km²). There were 19,881 housing units at an average density of 1,771.7 per square mile (684.1/km²). The racial makeup of the city was 89.85% White, 4.85% Asian, 2.82% African American, 0.11% Native American, 0.02% Pacific Islander, 1.03% from other races, and 1.31% from two or more races. Hispanic or Latino people of any race were 3.65% of the population.