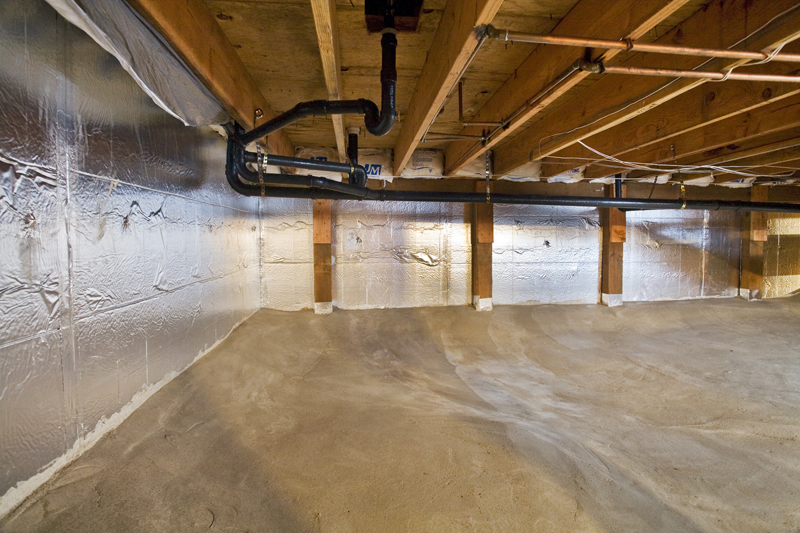 In existence for over 40 years, Everdry is one of the Nation’s largest and most experienced waterproofing company, which simply means that you benefit from. Everdry specializes in basement waterproofing, crawlspace waterproofing and foundation repair. Our patented, safe and 100% effective waterproofing method can be used on foundations consisting of poured concrete, block, brick, stone, red clay tile plus crawl spaces and slabs. We have been in business for more than 35 years and have over 90,000 satisfied customers. Everdry Professionals take a personal one-on-one approach in helping homeowners to understand their options for creating a safe, dry and livable space in their basements. Everdry Waterproofing repairs all causes of basement seepage, including seepage through foundation wall cracks, window wells, porous concrete and masonry walls. We address floor leaks, whether water is coming upward through floor cracks and/or the cove joint (where the floor and wall meet). Everdry professionals take a personal one-on-one approach in educating homeowners so they truly understand all their options for creating a safe, dry, usable space in their basements. If your home has a crawlspace, there’s a high probability your house is sitting in an unhealthy environment. And due to “stack effect” (which causes air in a home to move upward), it’s possible that unhealthy air is moving up throughout your home. Due to the high humidity in the Chicagoland area, having a healthy crawlspace is especially important for the overall health of your home. Even though a crawlspace is not a livable space, making this space healthy contributes to healthy living space upstairs. Unhealthy crawl spaces, due to moisture and humidity creeping in, creates an environment for mold and mildew to grow on card board boxes, wood floors, insulation, drywall and other surfaces.

DuPage County, 25 miles W of the Loop. Erastus Gary arrived in 1831 to develop a farm and mill on the west branch of the DuPage River in Warrenville, several miles west of present-day Wheaton. Gary’s neighbors from Connecticut, brothers Jesse and Warren Wheaton, claimed nearly a thousand acres of nearby land in 1838–39. Other settlers from New England soon followed. The settlement was formally incorporated in 1859, and by 1880 the population approached 1,000. The community became the county seat in 1867 following a decade-long contest with Naperville that resulted in a successful midnight raid on the Naperville courthouse for the county records. In 1887, Wheaton began a long-term prohibition of the sale of alcohol.

A Wesleyan Methodist congregation organized in 1843 was the first formal church in the community. The Wesleyans opened Illinois Institute in 1853, which became Wheaton College in 1860. Methodists formed their own congregation in 1853, and Jonathan Blanchard organized a Congregational church (temporarily sub- suming the Wesleyans) in 1860. Baptists, Roman Catholics, Lutherans, Episcopalians, and others followed shortly thereafter. Following World War II, many new congregations were formed as the population of the community increased rapidly over the succeeding decades from its 1940 level of 7,400.

In 1874 local residents built one of the first public schools in the county that included grades 1–12. Additional grammar schools were built as the population increased: Holmes, Whittier, and Lowell, each in a different quarter of the town. A new high school was added in 1925, Wheaton North in 1964, and Wheaton South (Wheaton-Warrenville) in 1973.

Wheaton was becoming a suburban community. The Galena & Chicago Union Railroad arrived in 1849, on land donated by Warren Wheaton, whose name identified the local station. Commuter service became a regular feature of the community. The establishment of the banking house of Gary and Wheaton, a new courthouse, the Adams Memorial Library, and construction of residences and places of business gave evidence of a growing, prospering community at the end of the nineteenth century. In 1902 a second railroad, the Chicago, Aurora & Elgin electric line, connected Wheaton to the Fox River Valley until 1957.