Foundation repair is a concept that sends chills down the spines of many homeowners. Many believe that they will lose thousands of dollars when faced with the task of repairing a damaged foundation.

However, repair isn’t always expensive. This is one of the most common misconceptions that homeowners have about professional repair of their foundations. 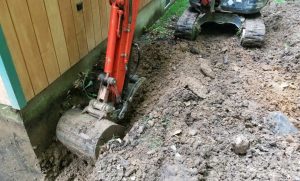 Cracks are often the first visible sign that there is a problem with the foundation. This doesn’t mean that cracks indicate exactly where the problem is. Cracks occur at the weakest point in the wall.

Cracks however, can help you identify the problem. Observing the shape, length and position of the crack will give you an idea of what is causing damage to the foundation.

What to do when you spot signs of foundation damage

If you spot signs of foundation damage, don’t ignore them. Get in touch with a professional foundation repair contractor in your area and have your foundation inspected. Be sure to apply a comprehensive repair solution to your foundation. This will help to prevent further damage from occurring in the future. You will save money and protect the integrity of your foundation.